Dickens in the Dunn Collection By Professor Michael Slater

Dickens in the Dunn Collection

Michael Slater is Emeritus Professor of Victorian Literature at Birkbeck College, University of London, former Hon. Editor of The Dickensian and a Past President of the Dickens Fellowship. He is the author of several books on Dickens including Dickens and Women (1983) and Charles Dickens: a Life Defined by Writing (2009). 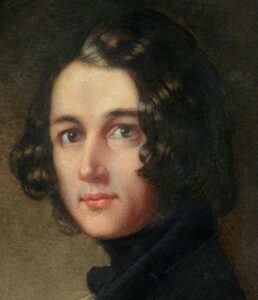 James Dunn (died 1943) was a Blackburn wholesale and retail draper whose hobby was collecting rare and beautiful books and ceramics (he was also, like Dickens, a passionate pedestrian, once walking 30 miles to Blackpool for a swim). He had a particular interest in the works of Charles Dickens and his collection features some of the original monthly parts in which most of Dickens’s novels first appeared. Present is the final double number of Pickwick Papers with a characteristically meticulous pencilled note by Dunn: ‘Has inserted in addition to the usual vignette title page the signboard one with the name “Veller” instead of “Weller” on sign of inn above doorway’. He also notes that this item ‘contains the extremely rare Mechi catalogue at end’ though it ‘lacks most of the advertisements which have become an integral part to collectors of Dickens’. The Collection also includes the eleventh monthly number of Bleak House with its full 16 pages of advertisements including one for Villette ‘by the Author of “Jane Eyre” &c.’ (marked in pencil ‘Very interesting’) and the ninth monthly number of Little Dorrit – ’with full advertisements’, Dunn notes, ‘and included in the collection as an example of how Dickens’s stories appeared originally’. Of his copy of the two-volume second edition of Sketches by Boz (1836) Dunn proudly notes that it is an item ‘rare to meet with in any state but extremely rare intact and in the original cloth’. 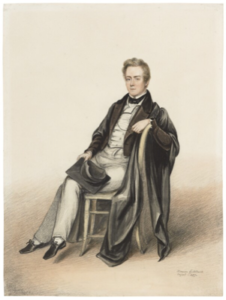 Also in the collection is what I believe to be a very rare item, though not noted as such by Dunn, a bound collection of all Dickens’s writings for the monthly Bentley’s Miscellany which he edited 1837 -39 and in which Oliver Twist first appeared, with illustrations by George Cruikshank. Also present are two volumes of the weekly periodical Master Humphrey’s Clock, edited by Dickens 1840 – 41, in which The Old Curiosity Shop and Barnaby Rudge were first serialised, with illustrations by Hablot K. Browne (‘Phiz’) and George Cattermole. Bound into these volumes are seventy-two of the separately-published ‘extra’ illustrations by Thomas Sibson, happily noted by Dunn as ‘extremely rare’.

Also present in the Collection are rare copies of the first editions of three little volumes published by Chapman and Hall between 1837 and 1840. The earliest is Sketches of Young Ladies by ‘Quiz’, the pseudonym of a young Oxonian called Edward Caswall. This copy in its original pictorial boards with four pages of advertisements and seven illustrations by Phiz, was presented to Blackburn Library by Dunn in January 1941. He seems not to have known that this jeu d’esprit was not, in fact, by Dickens. It was attributed to him because he obliged his publishers by dashing off first Sketches of Young Gentlemen (1837) as a sort of sequel to Caswall’s book, and later Sketches of Young Couples (1840), written in response to Queen Victoria’s announcement of her intention to marry Prince Albert. 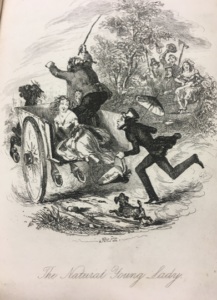 ‘The Natural Young Lady’ from Sketches of Young Ladies by ‘Quiz’, wrongly attributed to Dickens; actually written by the young Edward Caswall.

The jewel of the Collection, however, is an album compiled by Percy Fitzgerald (1834 – 95), an Irish lawyer turned journalist who contributed regularly to Dickens’s periodicals Household Words and All The Year Round and was proud to be known as one of ‘Dickens’s young men’. After Dickens’s death he published so many books and articles about his late ‘Chief’ that he was described in the old British Library catalogue as ‘Writer on Dickens’.