Just after the war, Blackburn Museum & Art Gallery received a remarkable wealth of items bequeathed by local men. In addition to the Hart and Lewis collections a superb collection of watercolours was left by local lawyer, E L Hartley which included works by Turner, Cozens and Girtin amongst many others.

One of the others is John Frederick Lewis’s small but spectacular In the Bezestein, El Khan Khalil, Cairo. 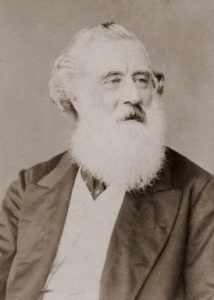 Lewis was a friend of Landseer, but had no formal training himself. In his early years he posed as something of a dandy, but after travelling extensively in Europe in the 1820s and 30s, became more bohemian. He reached Greece and Turkey by about 1840 and then Cairo, where he settled down in 1841 and stayed for a decade, living as a ‘languid Lotus-eater’ leading a ‘dreamy, hazy, lazy, tobaccofied life’ according to his friend William Makepeace Thackeray. The prosperous merchant in his local costume in the painting is in fact Lewis himself. He often appears in his pictures, as does his wife Marian.

By this point in his career, Lewis was an “Orientalist”, that is, a painter of subjects from Western Asia. The long fascination artists and poets had had with the East intensified in France, with the short-lived Napoleonic conquest of Egypt. Delacroix, Gérôme and Ingres were prominent amongst the French painters looking to the Islamic world for subjects, often used as an excuse to paint a great deal of naked female flesh. Lewis’s roughly contemporary approach was very different: he never painted a nude, and his Orientalist works have a closely observed and often homely look which while clearly idealised, have none of the salaciousness of much of the genre.

He returned to England in 1851 and produced many paintings based on the precise drawings he had made in Egypt, often producing similar subjects in oil and watercolour. He is quoted as saying “.. in spite of all my hard work, I find water colour to be [so] thoroughly unremunerative that I can stand it no longer – it is all, all always, rolling the stone up the hill – no rest, and such little pay!” He achieved great success and became President of the Society of Painters in Watercolours in 1855, Associate of the Royal Academy (ARA) in 1859 and RA in 1865.

After his death in 1876 he suffered decades of obscurity until rediscovered about fifty years ago, since when his best work has become very valuable indeed.