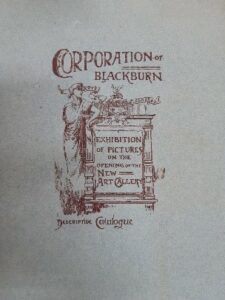 Cover of the catalogue for the opening exhibition

On Thursday 30 August 1894 Blackburn Library, Museum & Art Gallery hosted a grand event to mark the opening of the new wing of the building which included a large space for what was then called the New Art Gallery. The extension was actually completed in May 1894 but the official opening was scheduled for August so that the huge exhibition of over 300 works of art could be installed.

The original building had opened in 1874 as a purpose built free library and museum for the people of Blackburn but after 20 years it had been decided that more space was required and so the museum as we know it today was born.

A report written in May 1894 shows how modern the new gallery was – ‘It has been specially adapted to serve the purpose of an Art Gallery, the rooms being lofty, dry, well lighted, warmed with hot water and fitted for the electric light’.
The Committee approved the purchase of wiring for the new electric lighting on 18 July 1894. This allowed the museum to stay open into the evenings. 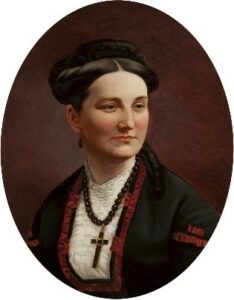 The grand opening exhibition consisted of 51 pieces of sculpture and 264 paintings, many of which were borrowed from private lenders or the artists themselves.
A small number of the paintings on display belonged to the museum collection. Prior to 1894 the Museum & Art Gallery had received 2 bequests of art collections, one from Mrs Dodgson and the other from Mr Ainsworth and they formed our original permanent collection.

The museum committee hoped that the exhibition would encourage others to donate or bequeath paintings to the Museum & Art Gallery in the years to come – ‘The Committee hope and anticipate that the public spirit and generosity of the art lovers of Blackburn and the neighbourhood would aid their efforts, and that in a few years a permanent collection of works of art worthy of the Gallery will be formed’ (excerpt from the 1894 report). 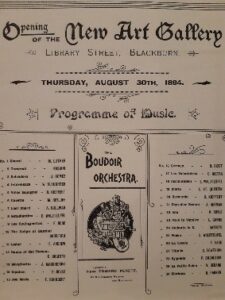 Programme of music played at the opening exhibition

The Boudoir Orchestra was hired to play at the opening of the new gallery, the musical programme included the music of Schubert and Bizet. Tea was served to those attending and umbrella stands were provided that people could use free of charge!
For the 2 month duration of the exhibition visitors were asked to pay a small admission fee which would cover the cost of opening for longer hours and hiring extra security watchmen when the museum was closed.

The museum committee wanted to create amongst the people of Blackburn ‘a genuine interest in, and love for, art work’ which meant ensuring that as many people as possible came to see the exhibition so they invited local school children to visit during school hours with their teachers at a cost of 3p per child.

The hopes of the 1894 Committee have been more than realised during the past 126 years. The New Art Gallery is now called the Victorian Gallery and is still full of wonderful art work that we have been lucky enough to collect through the generosity of donations and bequests, funding from our Friends group and other national funding organisations and gifts from the Contemporary Art Society.
The original radiators that the committee were so proud of is still in use and the gallery is still fitted for the electric light! 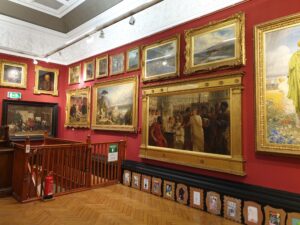 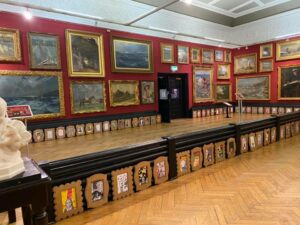 We are looking forward to welcoming you all back to our wonderful Museum & Art Gallery once current restrictions allow.